The Manifold Trail is a family friendly cycle route that follows the route of an old railway. Named in The Guardian’s ‘Britain’s Best Bike Rides’ it is mostly level, well surfaced an almost entirely traffic free. 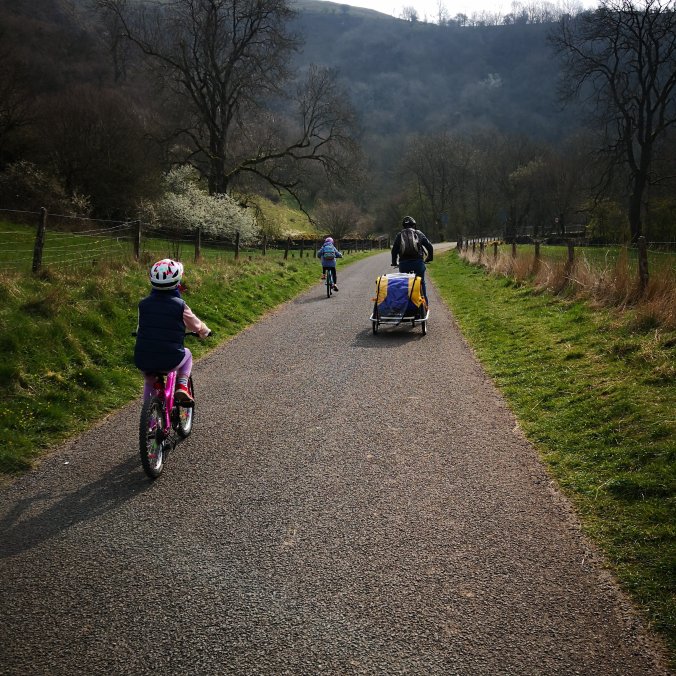 There are car parks at both ends of the trail (Waterhouses and Hulme End), with other additional joining points along the route. We chose to start at Wetton Mill, where there is a free parking layby, as this avoided the short section of road on the trail.

The route is clearly signposted and easy to follow. It mostly follows the River Manifold – which is frequently dry due to the water seeping into the limestone rocks below. Despite having read about and expected this, it is still fairly perturbing to see long stretches of dry river bed!

On our ‘out ride’ we cycled straight to Waterhouses, noting the very slight incline of the route on the way. The route was very quiet, despite the school holidays and we enjoyed the beautiful views and spotted lots of spring lambs and pretty butterflies as we went.

There are many places along the route where you could leave the bikes and explore local walking routes too, such as Thor’s Cave and Weag’s Barn. 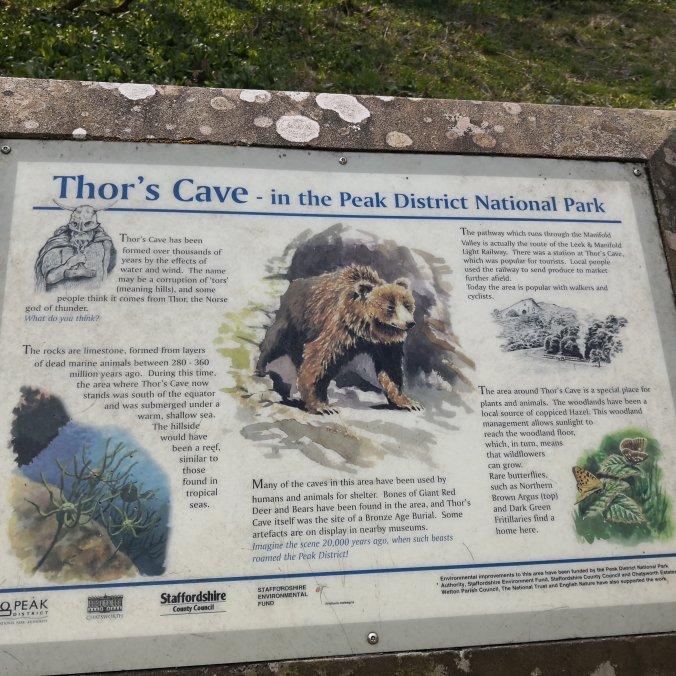 The children were fascinated by the huge cave up above the trail and keen to explore, so we promised to stop on the return journey if little legs were still up for the climb.

The car park and picnic area at Waterhouses is across a main road, which despite having a crossing point still felt pretty hairy with small children and bikes. There is then a steep slope to the picnic tables but it proved a good place to snack and have a run around (the toilets however were not ones we’d revisit..).

Not far out of Waterhouses, we spotted a tearoom on the trail advertising an Easter egg hunt and decided to investigate. It was a really lovely place with pretty garden for grown ups to enjoy tea and cake, while the children followed a decent trail around the farm and won Easter treats!

We then made our way back to the path to Thor’s Cave and secured our bikes before setting off up the steep route to the top!

While the steps are numerous and the path uneven, all of our children managed it (aged 3, 7 and 9) and only needed a little help to scramble up in the main cave.

The views are absolutely incredible and well worth the climb. We could look straight down onto the cycle path and see where we had left our bikes, all teeny below!

The caves were busy with lots of families exploring. It was helpful to have a torch to be able to explore the far reaches properly. It was quite damp and slippery underfoot and good footwear is definitely recommended. 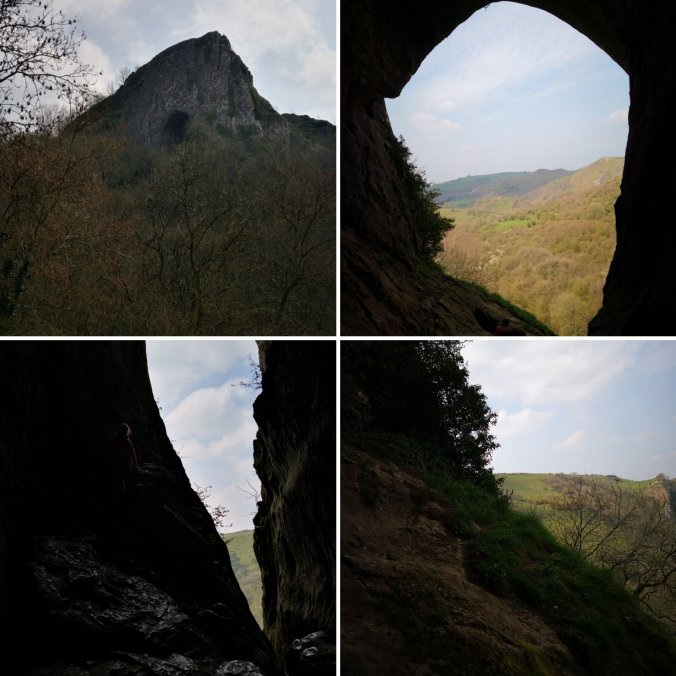 Heading back to the bikes after our descent, the children were happy to push on with the cycling as they had a clear idea of where we were and how far it was back to the start.

Once at Wetton Mill we cooled down with a paddle in the river from one of the many easy access points before loading up the car and wending our way home. 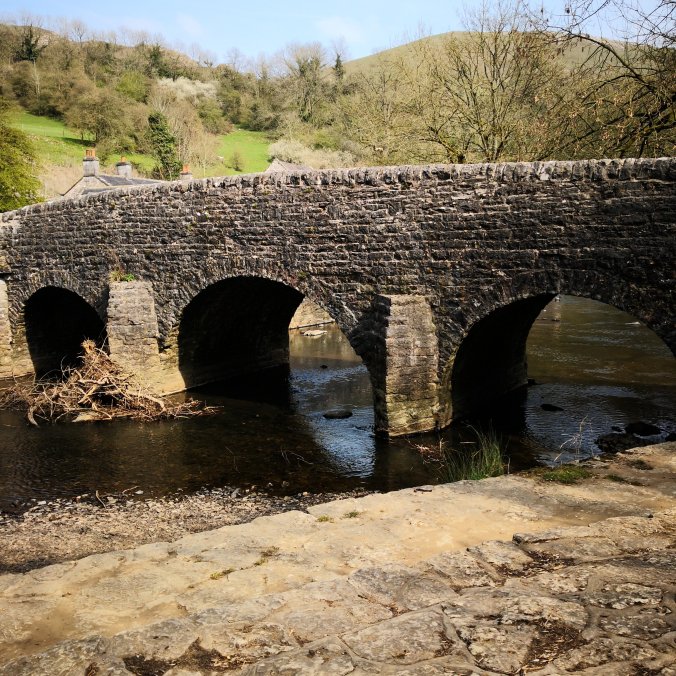 One thought on “Peddling in the Peak District – the Manifold Trail”